We were out earlier than usual for a weekend, we wanted to be back for the rugby. It was still dark when we left the house but I took my camera bag in the hope I’d get a good sunrise shot. I was after a “Landscape”  shot for my Project 52. I was hoping to get the Malvern Hills in the reflected light of the sunrise. I started out with the Lensbaby Velvet 85 on my camera but swathed to the Velvet 56 about half way round.

I didn’t get the shot I wanted but I was pleased with the shots of Kempsey, across the river and the telegraph poles stretching into the distance. So many times I’ve wished they weren’t there! 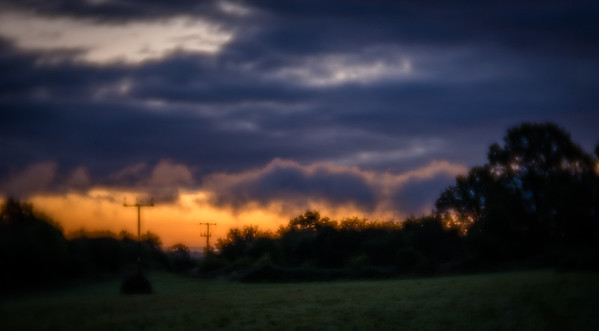 When we went further round the Hills to the western side, facing the Malvern Hills the cloud was clinging to the top but the sun hadn’t risen enough to illuminate them. I still got some interesting shots, what do you think?