The Old Hills is an area of common land between Malvern and the River Severn. The weather and light weren’t great at the weekend as it was a typical dull November day. The visibility was poor but we could make out the outline of the Malvern Hills to the West and other key landmarks such as Worcester Cathedral.

There’s more areas of cover than on Malvern Common and the Springer spaniels had great fun exploring and following the different scents. The German shepherd was happy when he found a pond to paddle in. It was interesting to explore a new area, finding new landmarks and different things to photograph. The things which caught my attention included the shape of the fern bush, the old trees which looked really spooky in the light and the odd glimpses of colour.

The most vivid colour was the pink and orange of the spindle tree berries. I’d never seen them before so was intrigued when I looked them up. It is a deciduous tree native to the UK and Europe. It’s botanical name, Euonymus, derives from Greek and can be interpreted as good name or lucky, although in some areas early flowering was said to indicate an outbreak of plague. 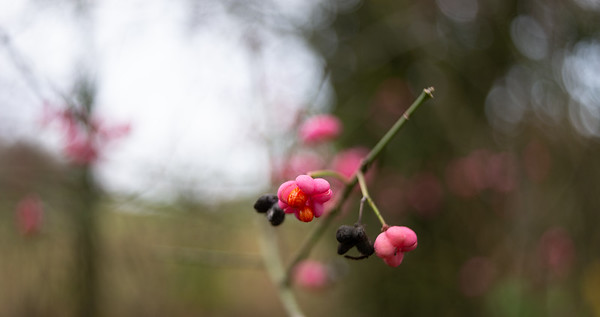 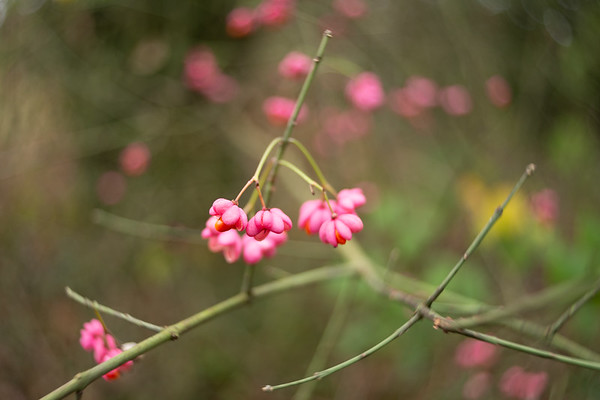 To see more great Lensbaby shots follow the link to see what Janet Broughton from Definitely Dreaming has been doing this month.

One Reply to “Exploring The Old Hills – Lensbaby Blog Circle”